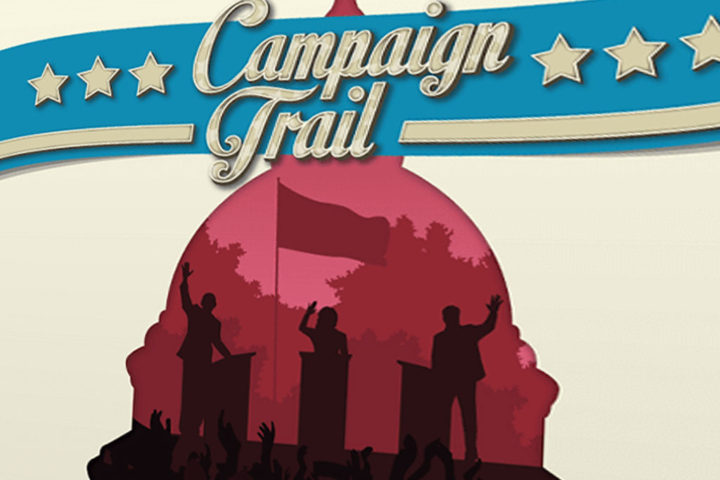 Campaign Trail is a political themed game, in which players compete against one another, each one trying to become the President of the United States.

You will have to travel, organize advertising campaigns, gather money that you will use for advertisements, take part in debates and sling mud at your opponents. The player that manages his resources in the best way and earns his voters’ trust on key issues will become the next President. 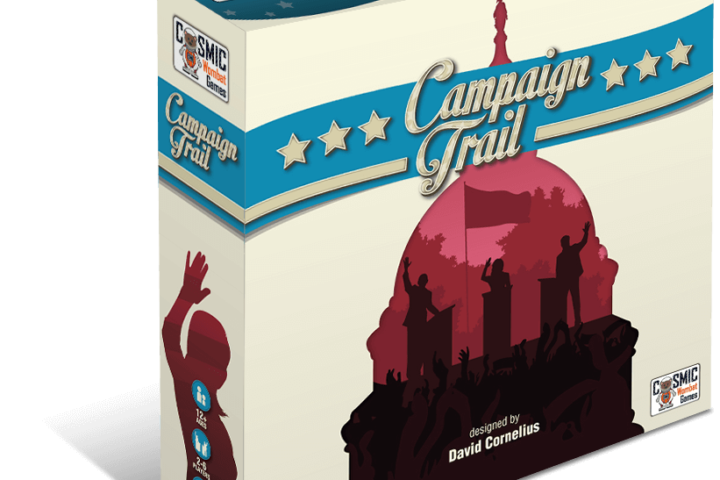 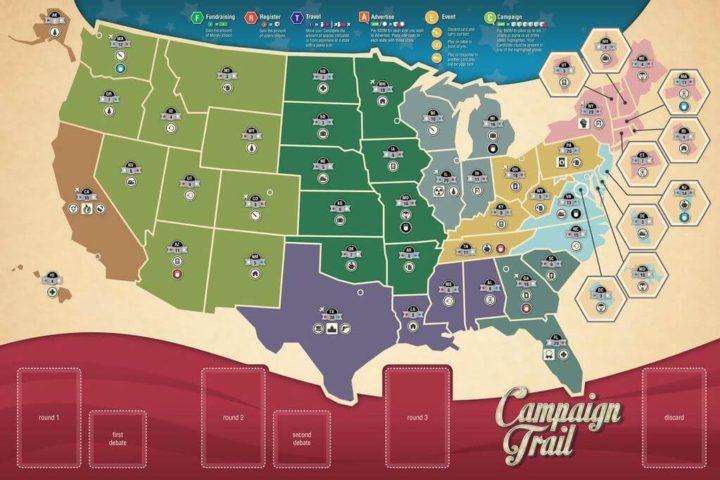 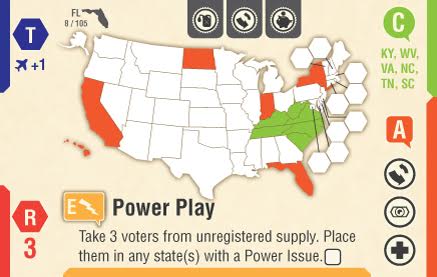 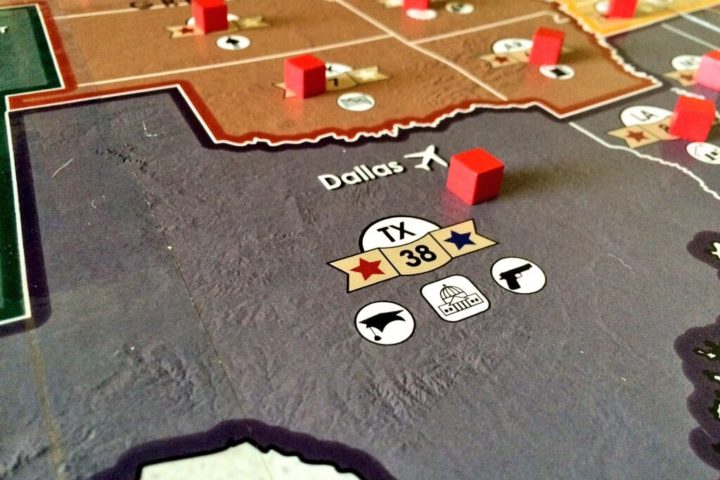 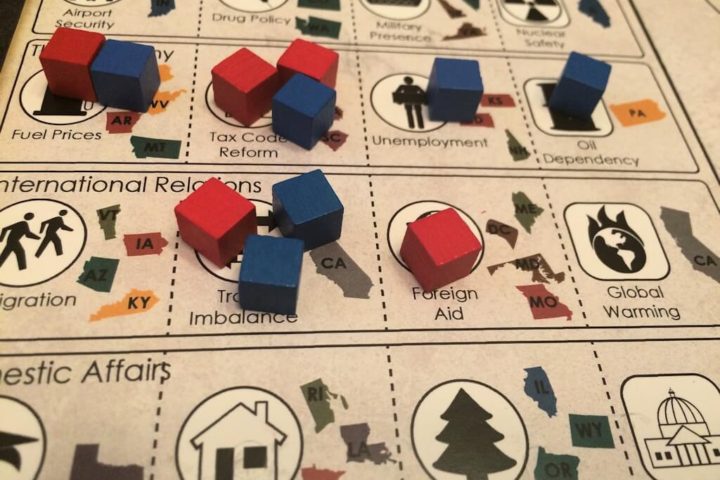 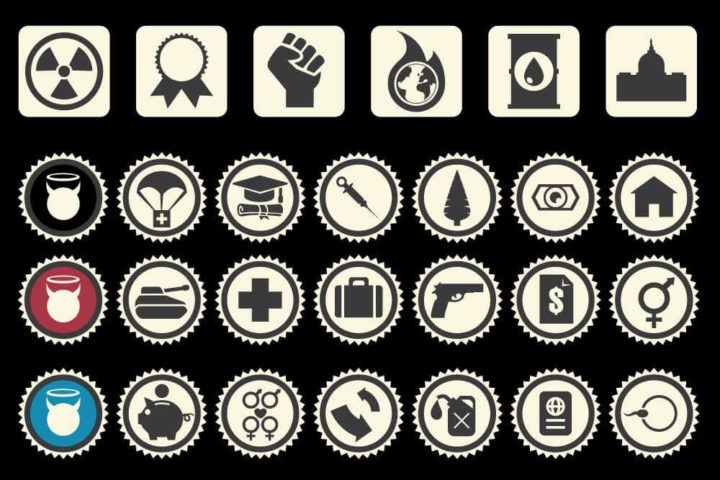