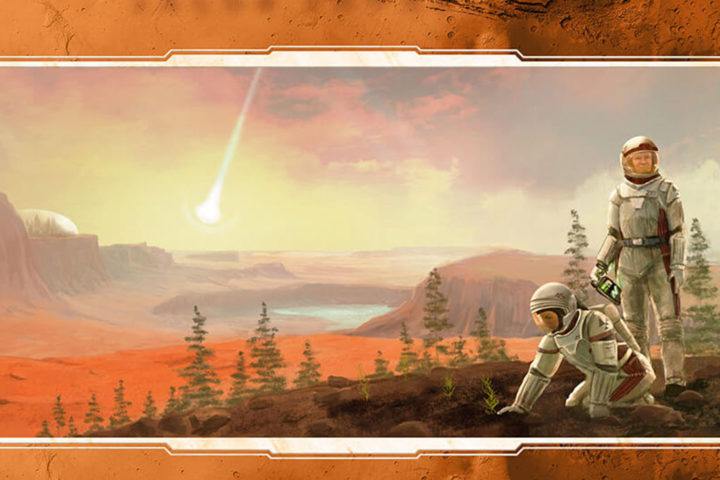 Terraforming Mars takes place during the 2400s, when living conditions on earth are so hard, that people decide to make Mars a habitable environment, so that they can move there. Some giant corporations compete against each other, trying to terraform Mars, spending limitless resources and using the latest technology, in order to raise the planet’s temperature, the oxygen level and make oceans of water. During this terraforming process, more and more people are coming to settle on this planet and great progress seems to be made.

Each player in Terraforming Mars controls one of these corporations, each one of which has specific traits. Every corporation is trying to contribute to the planet’s transformation in the best way, advance human infrastructure throughout the solar systems and to be recognized. When the three global parameters – temperature, oxygen, ocean – have reached their goal, the terraforming is complete and the game ends. The corporation that has accomplished the most when the planet has been habitable wins the game.

A notable feature of Terraforming Mars is the 200 unique project cards. The projects represent early terraforming achievements, such as introducing plant or animal life, as well as monumental ones, such as mining the moons of Jupiter, building cities or establishing greenhouses to heat up the atmosphere. It is important to balance your income, projects, resources and timing in order for you to succeed. 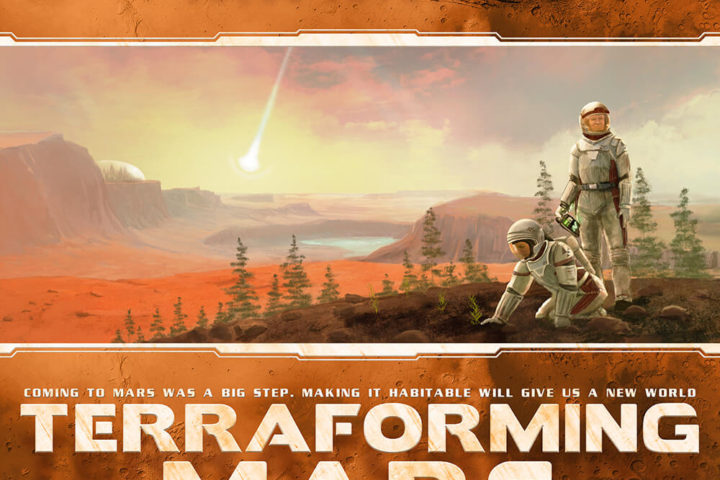 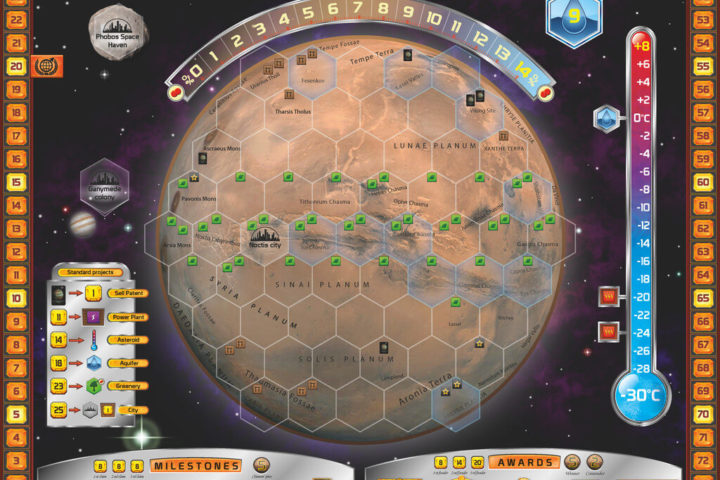 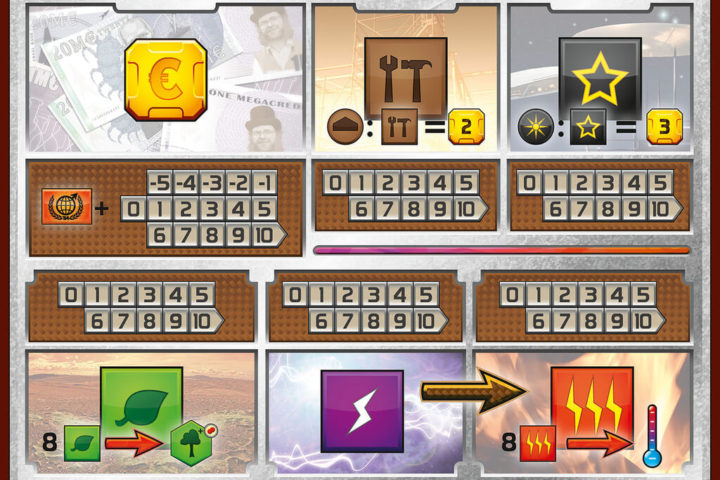 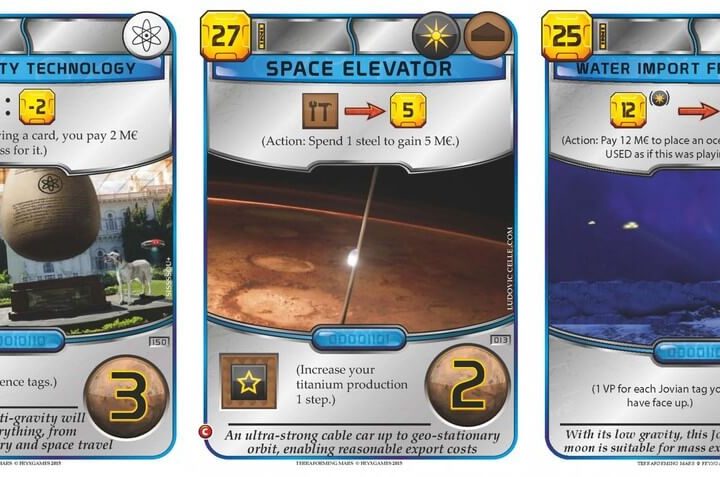 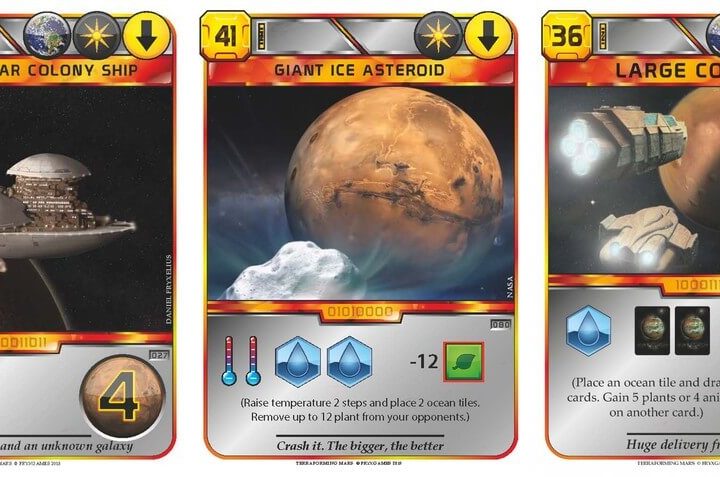