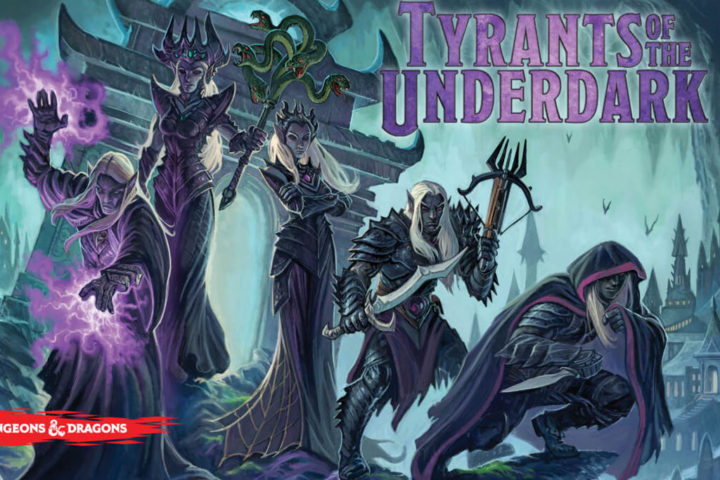 Tyrants of the Underdark is a territory control game with deck building mechanisms. You play against other players and as a house of Drow, each one of you tries to recruit monsters, cultists and demons in order to help you gain control of specific areas.

At the beginning of the game, you build an 80-card deck, by shuffling cards from two half-decks. There are four half-decks you can choose from: Drow, Dragons, Elemental Evil and Demons. Each deck represents a house of Drow and every card of the deck is a minion, each one of which develops a different strategy, depending on where it belongs.

Power and influence are the resources that you have. Your power allows you to place troops on the board, spread your forces and kill your enemies’ troops. Using influence, you can recruit new minions from the central marketplace.

There are different ways for you to earn points, by gaining control of several areas, recruiting minions or destroying your enemies’ troops. However, it is up to you to choose the right strategy for your house of Drow, since every minion that you take can lead you to victory in a different way. The player with the most victory points at the end of the game is the winner. 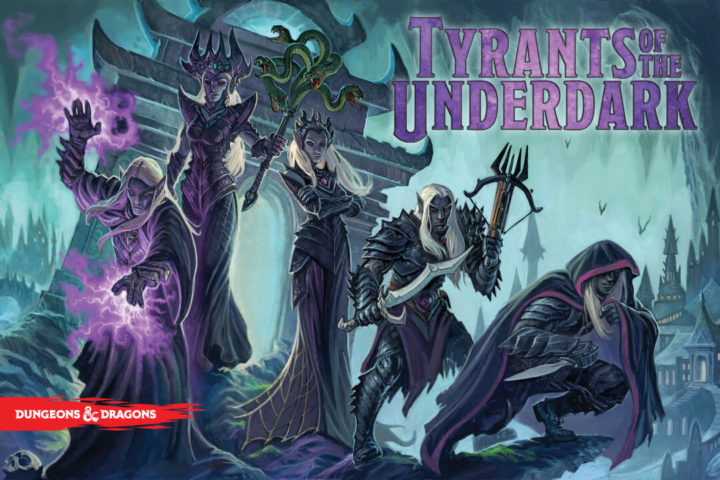 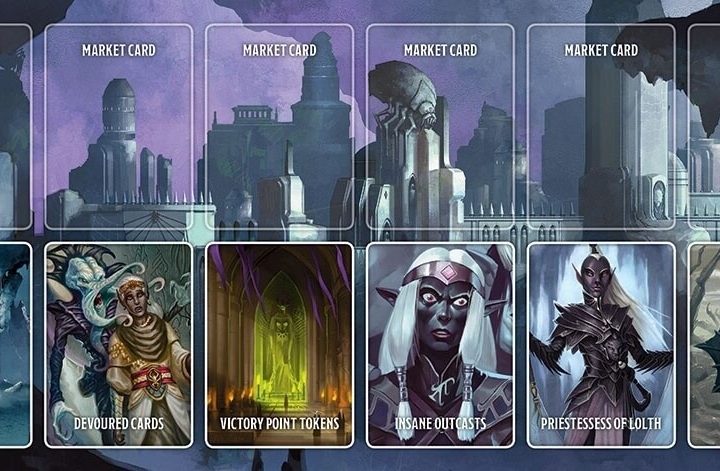 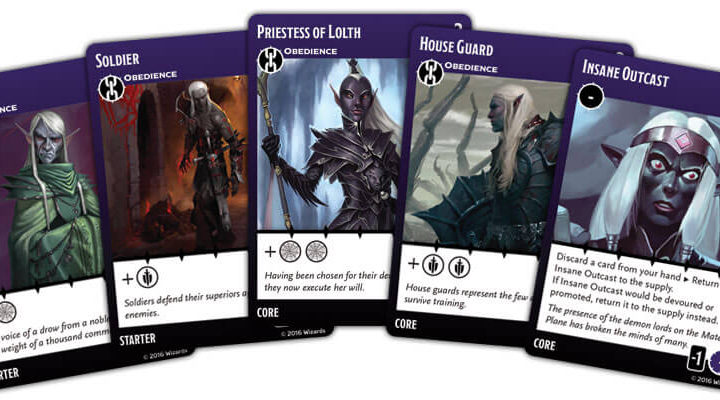