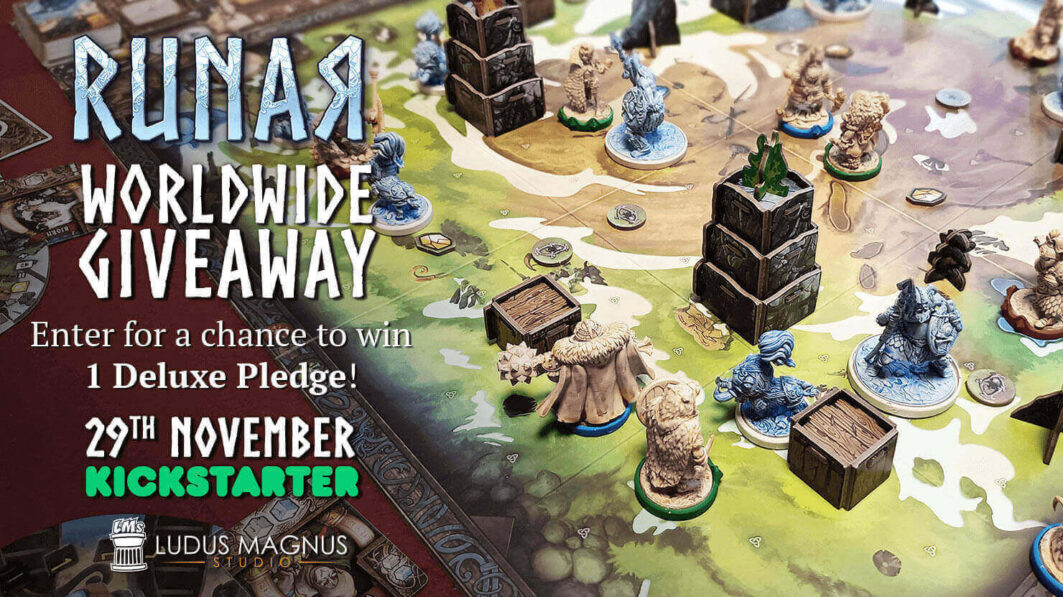 “We must stop our search; the Genesis can’t go on anymore; let’s begin the emergency procedure to land on this planet”
Captain Achab orders to deploy the escape pods, while the hull of the ship is broken into scorching fragments as it enters the atmosphere.
…Thousands of years later…
“They saw The Dreki of Odin and the other Gods in the grey sky. They came to save the beloved Mannheimr from the bloody invasion of the Jotunn. The Gods came down from the sacred ship, gliding on their shields, surrounded by flaming embers. I spent my whole life looking for the place where they landed and where the battle took place, I’m finally sure I found it!”
The sound of the horns cuts off the old Alfarinn. The Drekar from each clan depart the Roskilde harbor, bringing on board the most valiant and skillful heroes. The hunt for the mysterious Runic Gems, fragments of divine power, has just begun!

Runar is a competitive board game for 1-4 players. Each player leads a group of three Viking Heroes who must survive the icy northern lands – populated by strange and dangerous creatures – while attempting to recover mythical Runic Gems and precious divine objects.

Opposing Heroes will stand in your way as your Vikings try to prove their worth to the Asgardian Gods, hoping to be chosen to fight alongside them in the final battle. A Runar campaign unfolds over five games in which players will face gradually more complex and always different scenarios.
Each player will use their Actions Deck, made up of the cards of each of their three Heroes, to activate the Vikings under their control, influence the course of the game, and unleash their powerful Skills and Talents.

By taking advantage of the Tactics at their disposal, each player can best deploy their forces and manipulate their Actions Deck to best predict and respond to their opponent’s actions.
At the end of each game, the Heroes will evolve and gain upgrades in the form of powerful magical items and divine artifacts. By the time the last game is reached, each player must have prepared their Vikings to the best of their ability to prove that they are leading the most valiant group of Heroes.

Enter for a Chance to Win
1 x Deluxe Pledge!!!