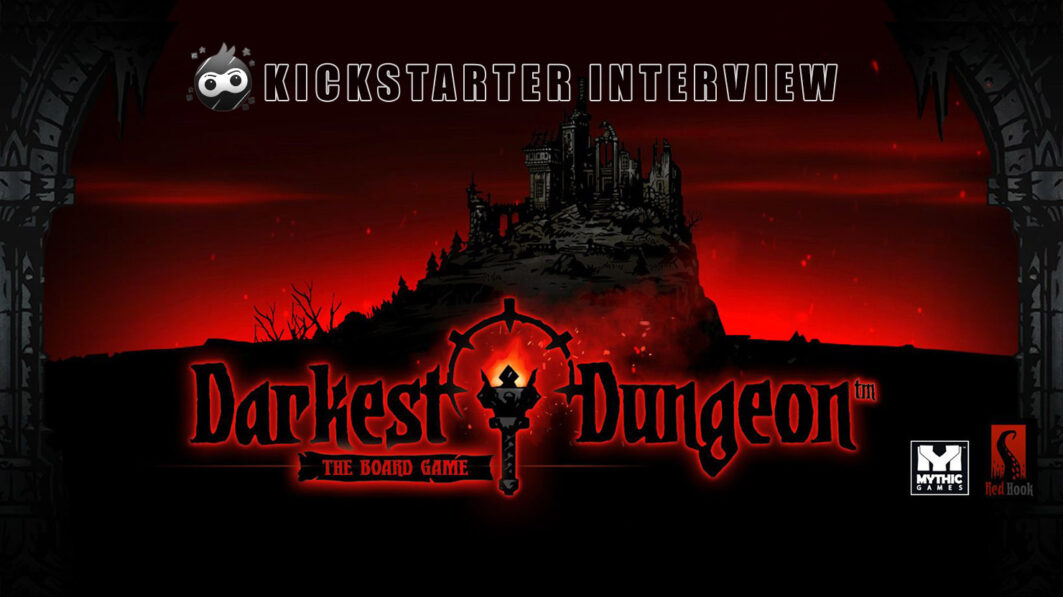 Darkest Dungeon: The Board Game by Mythic Games – Interview

Darkest Dungeon: The Board Game is on Kickstarter and it has almost reached €3,000,000 and the designers had the time to answer some questions about the game!

Interview with the Designers of the Darkest Dungeon

1) Hello guys! Please let us know a few things about yourselves!

Argyris: I am Argyris and I am designer of Darkest Dungeon the Board Game. I started designing games at a very young age actually, modifying classic games like Hotel or Cluedo and then doing my own stuff to play with my brother and cousins and kids from the neighborhood. After I was introduced to Photoshop in 2003 I started designing in more “serious” way and since 2014 or so I do it in a more professional matter. 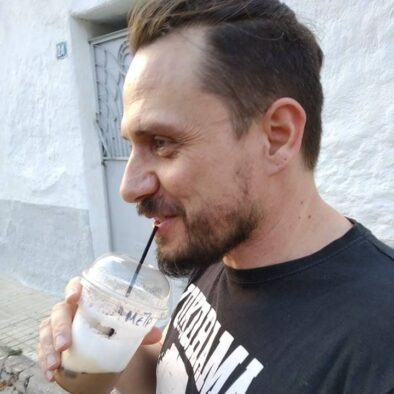 Nikos: Hello I’m Nick. I’m a game Developer/Designer for the past 5 years. Before that I was a reviewer, game master, sales associate in various hobby stores, and play tester for many years.But above all, what I am since I can remember myself, is a very passionate gamer! 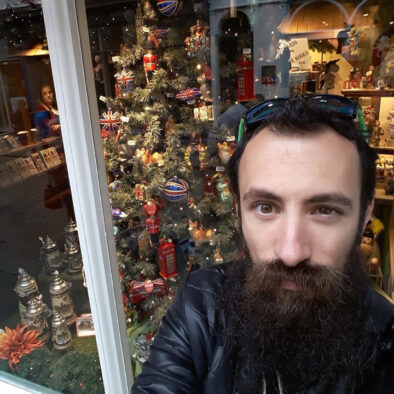 2) How did the idea of making Darkest Dungeon, a board game come up and who had it?

Argyris: Mythic Games acquired the rights to make a board game version of Darkest Dungeon and gave it to us to design, but there’s more to that.
We met each other years ago when Nick/I was working as a lead developer in a company in Greece, which acquired a game of mine/Argyris for publishing. At that time we were both playing Darkest Dungeon the video game, having an embarrassing amount of hours in it. So naturally we were talking about this game a lot and how it could be made as a board game and all that but we never moved forward to make prototype or anything because we thought it was too big to pitch it anywhere. Fast forward in 2019 and Nick/I already working as developer for Mythic Games. The news of acquiring DD comes to the office, asks me/Argy if it is ok to pitch it to Leo and Benoit and I/he agrees. Mythic liked our design ideas so I/he came aboard to design the game with Nick/me.

Nikos: Argyris and I met in a previous job several years ago, our collaboration was excellent and also both of us were playing Darkest Dungeon at the time.
So, the idea came as a passion project that we were working on in our free time.
As we were designing it the scope of the game became bigger and bigger, driven by our passion for it, and we reached a point that we felt no publisher will ever be able handle such a massive project, and we left it behind like a sweet memory.
Fast forward several years, I started working on Mythic Games, a company that’s all about massive board games. Long story short, a passion project and a dream will come true very soon.

3) What was the greatest challenge that you faced during the designing and development of the game?

Argyris: How to “translate” a single player video game to a co-op board game while making sure at the same time that it gives the same unique experience the video game did. Some things had to change but should still make sense for Darkest Dungeon.

Nikos: There are many challenges when you try to make, a board game implementation of a video game that you love.
First is the challenge that you want to honour the original material.
Then is the challenge of “video game to board game”, what I mean by that is that there are many elements that don’t translate well from one to the other.
But the greatest challenge has to be the fact, that we wanted to keep the feel and all the key elements of the video game and at the same time make it a fairly new and unique experience, even for the core fans (I am one of them) of the video game.

4) Which aspect of design / development did you enjoy the most?

Argyris: Personally, I loved designing rooms. It is a feature unique to the board game, so I had to make sure the rooms fit the locations and are interesting and varied enough from a tactical point of view. They also had to have this risk/reward, give/take feel that is so embedded into Darkest Dungeon matter.

Nikos: This might sound cliche, but I really enjoyed all aspects of this project.
They can be basically divided in 2 categories.
1. The things that we just transferred with some tweaks and changes (some minor others more significant).
2. The completely new things implemented in the game.
I really enjoy both of them. Another thing that I really like is the collaboration with so many passionate and talented people.

5) Are there any differences / additions in relation to the video game?

Argyris: There had to be. Most differences are between same aspects of both games that just work a bit differently in the board game. The biggest difference, however, is the combat since this time around it is more tactical with characters moving around a board instead just left to right.

Nikos: Yes, there are some new and unique elements to the board game.
The biggest one has to be the transfer to a 3D environment. That alone added so many unique elements and at the same time, new tactical and strategic elements into it.

6) Which is your favorite weapon, skill, hero and enemy?

Argyris: My favorite hero I think is the Hellion. She has a great variety of straightforward attacks specialized to eradicate monsters wherever they stand, which is always fun. My favorite monster is the Ghoul, a level 2 nightmare that always gives a hard time to the party. My favorite skill I believe is the Crusader’s Bulwark of Faith which makes him super tanky. As for weapons, there are no traditional weaponry in Darkest Dungeon, only trinkets, and my favorite one is the Speed Stone. It just gives +1 speed. It might not sound that much but it makes a huge difference when it is used by the slowest, needed for survival heroes such as the Vestal or the Crusader.

Nikos: This a very difficult question, because one of the great things about Darkest Dungeon, is that every character is completely unique and with a very strong personality.
If I have to choose one, I will go with the Man at Arms. As a gamer I always like “Tanky” characters and Dwarves, and he is the closest you are going to get to that 🙂

7) What is your favorite part of a mission/missions?

Argyris: The combat, since there is where the most action in happening and because it is something that works differently from the video game so its is something more “fresh” for someone that has spent hours and hours on the video game.

Nikos: What I really love is the procedural generated element of it.
So even if you play the same mission, you are going to have a very different experience each time.

8) Would you like to share some key elements that you are excited about? What is special about this game?

Argyris: The combat system foremost. The stance system (this is how we “translated” the positioning of the video game) in combination of room design, the affliction system and the overall replayability of the campaign.

Nikos: There are so many unique elements compared to other board games of this kind.
My favourite one has to be the “Stance System”. It is something very specific, but there are so many things revolved around it. So, a battle stance can dictate which of your skills you are able to use, the behaviour of the monsters, the turn order, and many more.

9) What kind of gaming experience do you want to create with this game?

Argyris: A tight, perilous journey yet fun and addictive.

Nikos: The main thing that players will experience, is that the characters are not “superheroes”. They are just people with flaws, and they are not immune to the horrors and darkness that they face.

10) Apart from video gamers and dungeon crawl fans, who are super excited about this game? Who is this game also suitable for?

Nikos: Apart from those 2 types of gamers, Darkest Dungeon is also a game for people that like Co-Op games, games which the players have strong synergies between them, games that they really need to work as a team in order to succeed.

11) Spoiler Time! Are there any plans for the game in the future, with expansions, campaigns, characters or anything else?

Nikos: I cannot answer this question…. But I can assure you that we “think big” with this project. 🙂

Visit Darkest Dungeon: The Board Game on Kickstarter! 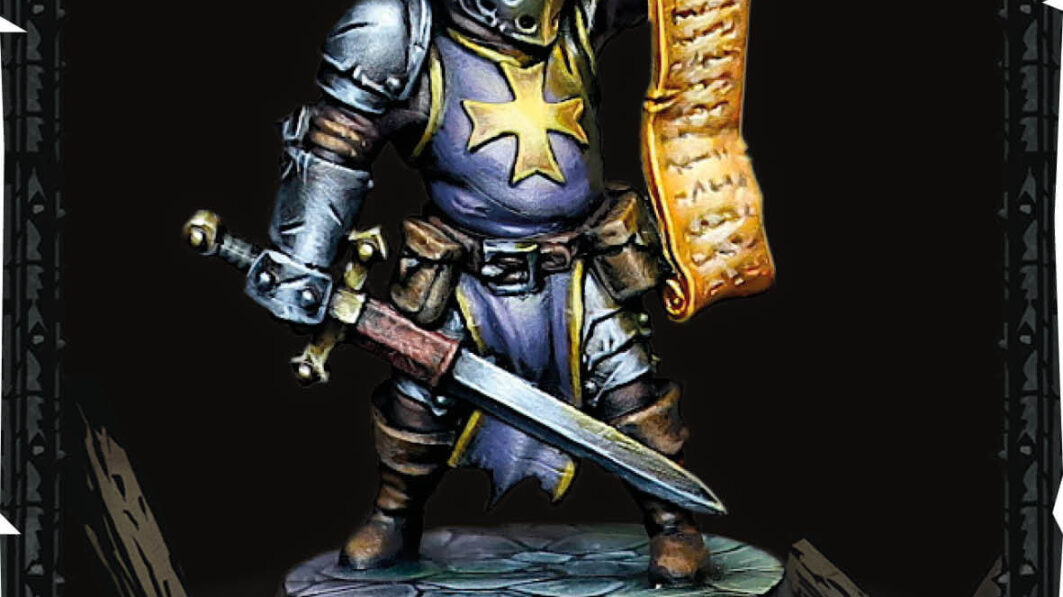 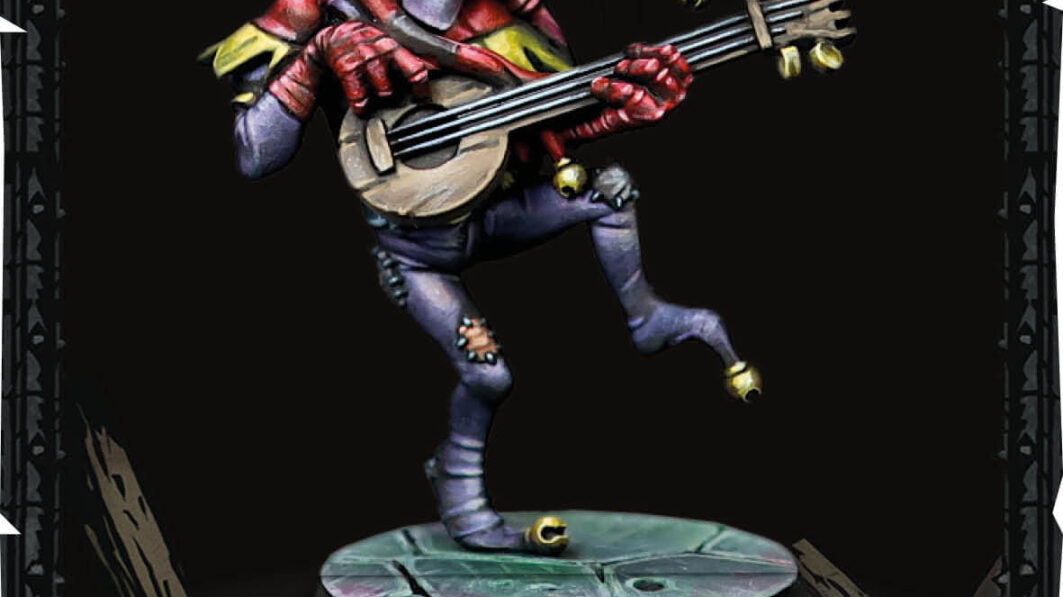 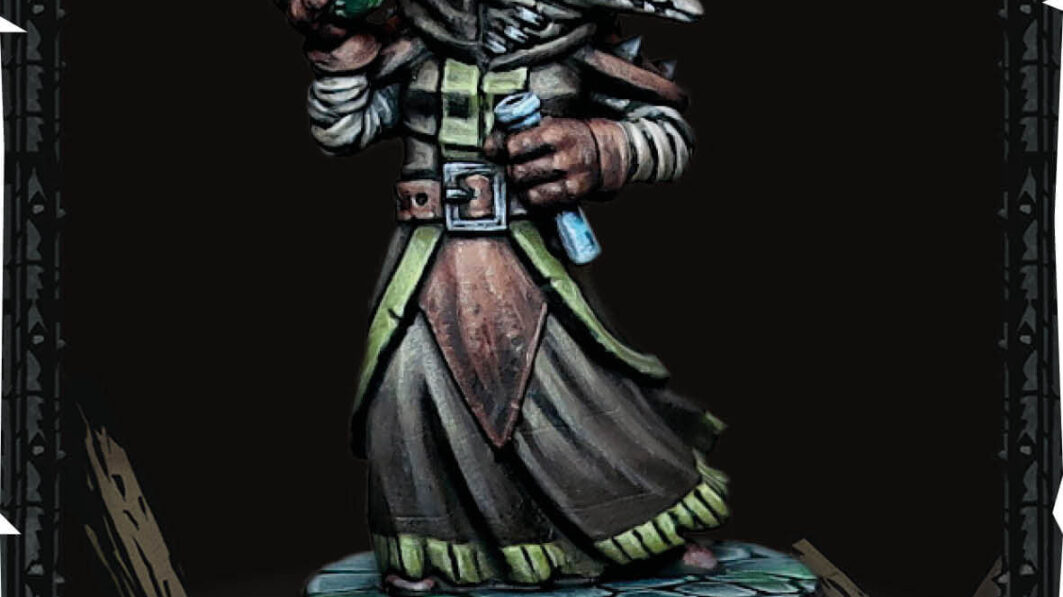 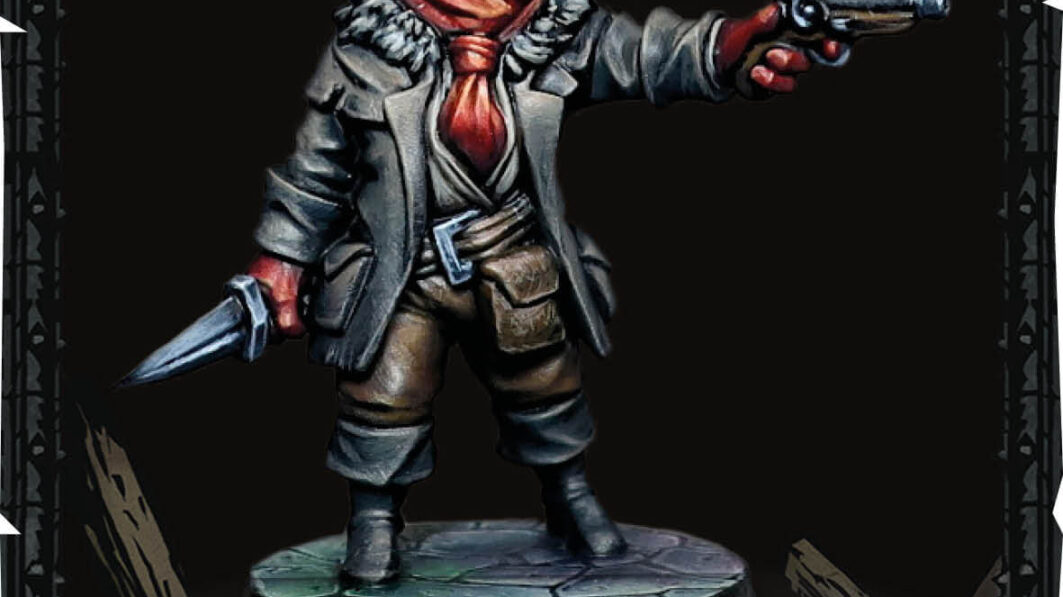 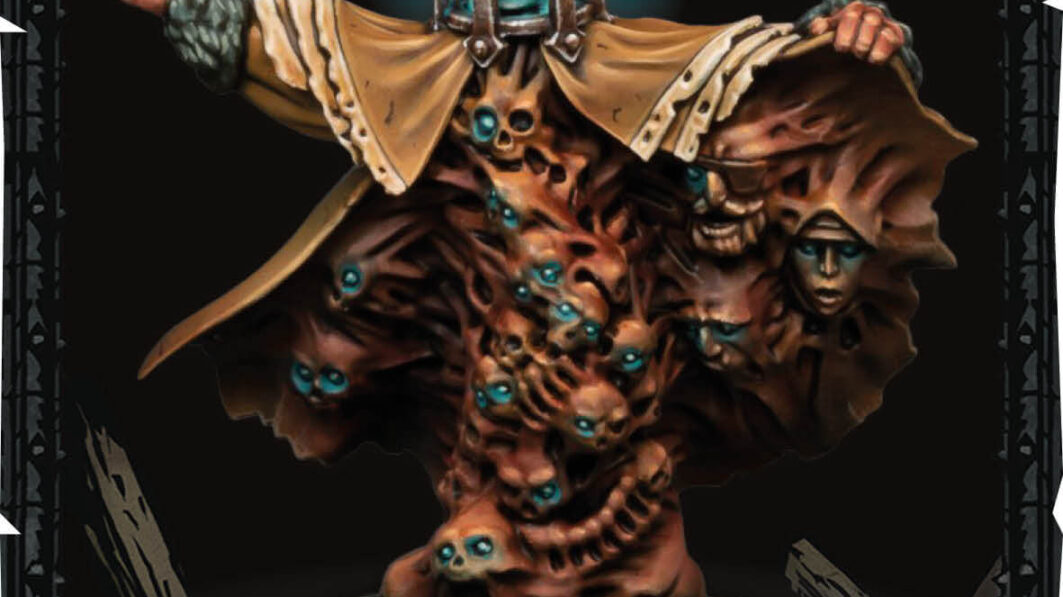 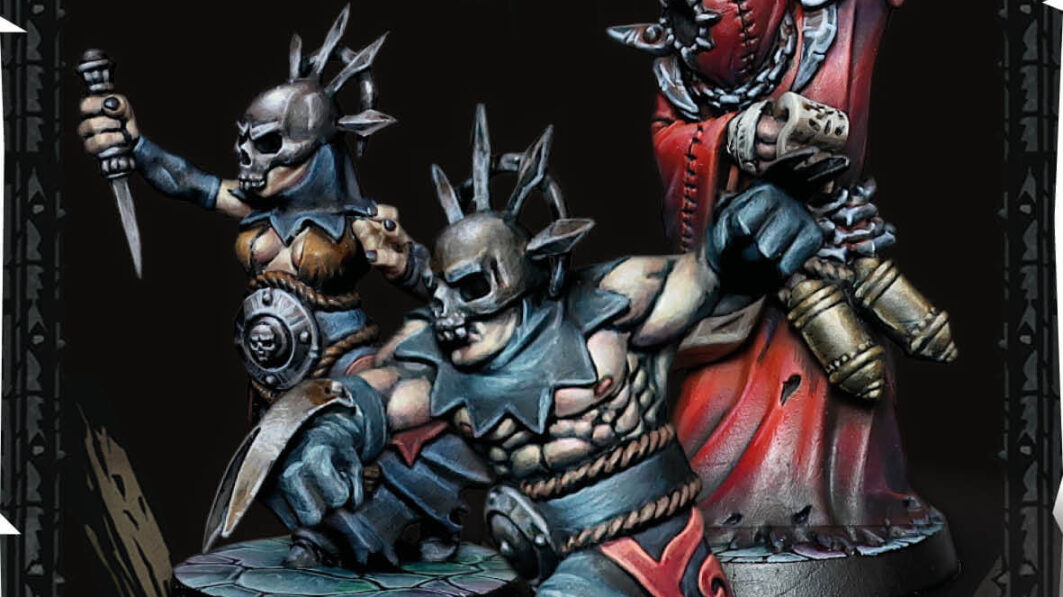 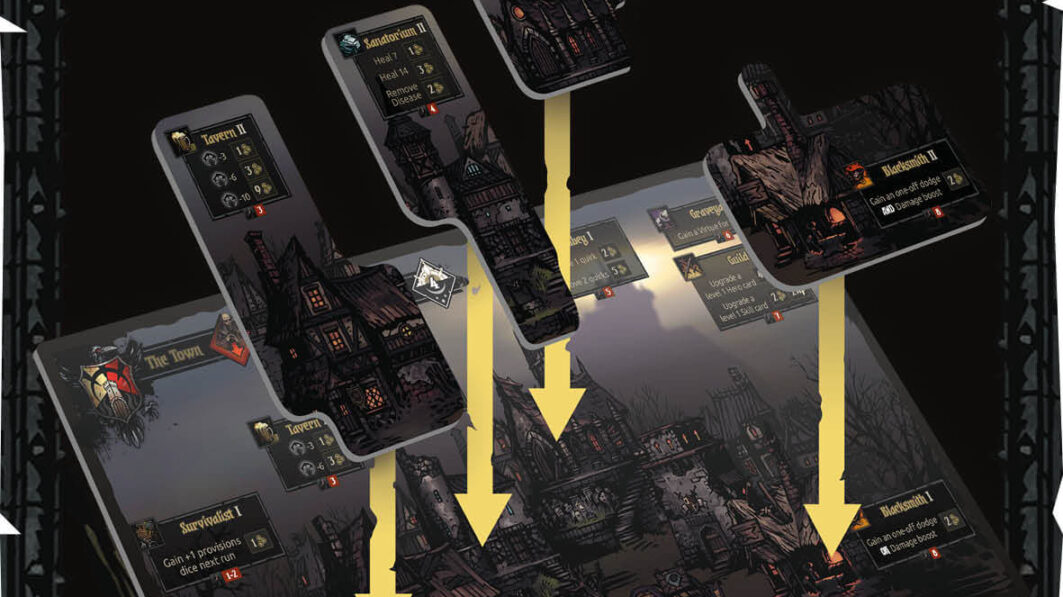 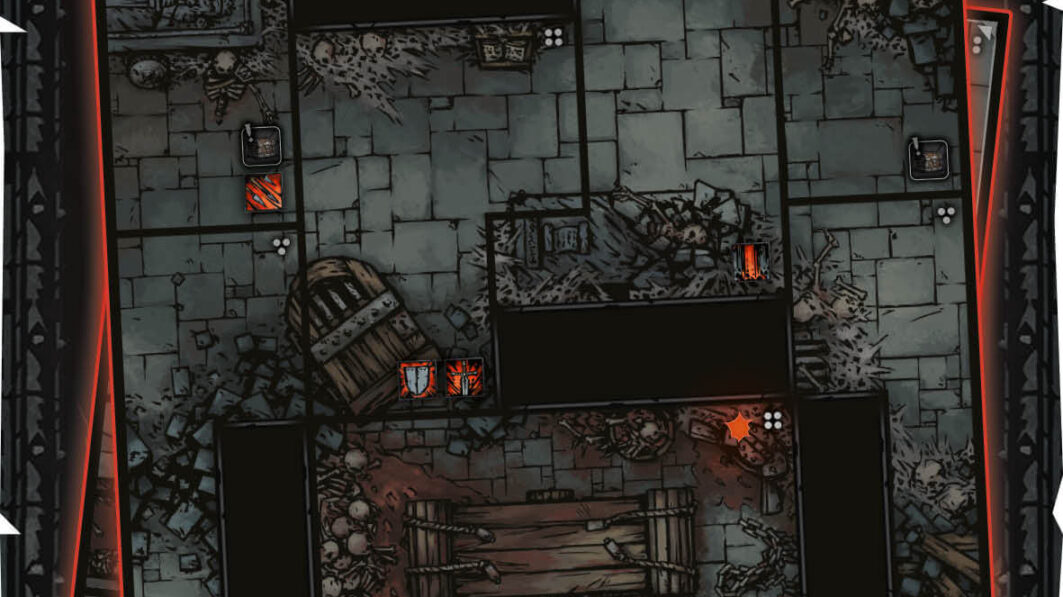