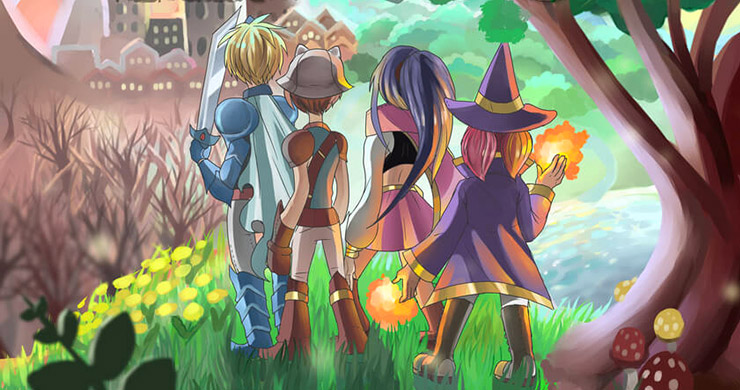 Diceborn Heroes Are Up on Kickstarter

The land of Dievalice is under the threat of a great evil and its terrifying monsters. The citizens cannot defend themselves, thus a group of heroes known as the Diceborn have been called upon to aid. These heroes are going to band together and achieve great deeds with the power of the ancient die crystals. Will they beat this evil power once and for all, so that Dievalice gets back to peace?

Diceborn Heroes is similar to the old school JRPGs and the artwork that it features certainly takes you there. Each player chooses one of the starting classes of hero and gathers the corresponding hero dice. The attack deck is the key to the combat and the evolution of the game, as it determines the speed and the targets of the enemies, while it also gives a dynamic for what the heroes achieve throughout the game. Players draw quests from the Quest deck and follow the setup where monster cards are revealed for each hero. Heroes roll their pool of Hero dice to resolve attacks. If all the enemies are defeated, the quest has been successfully completed and heroes can proceed to the town phase. The adventure that you choose to go through consists of 3 different quests, at the end of which you have to face the final boss. If you succeed in defeating it, you win the game.

After each encounter, players can level up their classes and learn new skills, therefore they gain more abilities and dice which they can use in the future battles.

When you continue the adventure in the campaign play, any of the relics you have collected will be added to the item deck for upcoming games and the choices you have made before will affect the next generation of heroes.

Diceborn Heroes has been running on Kickstarter and is already over its funding goal. 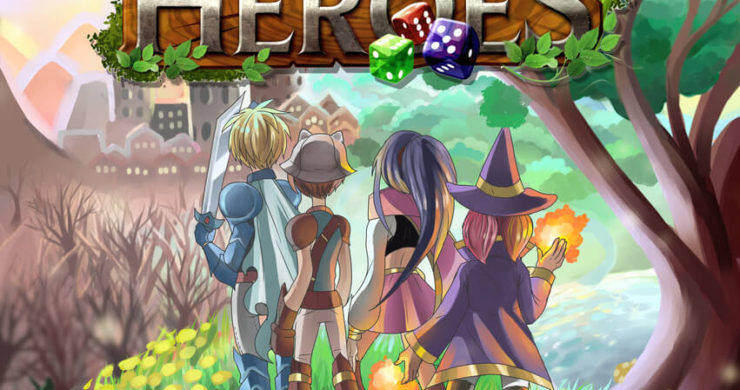 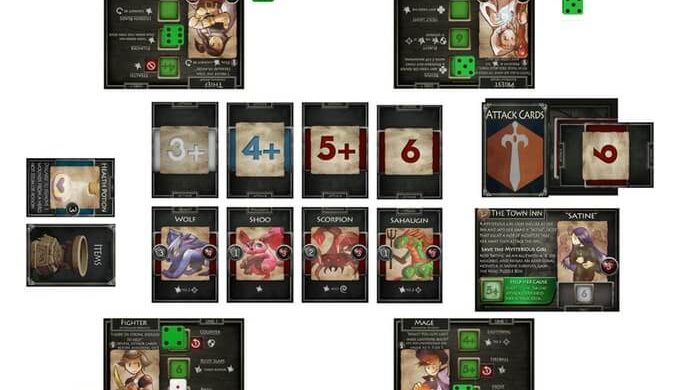 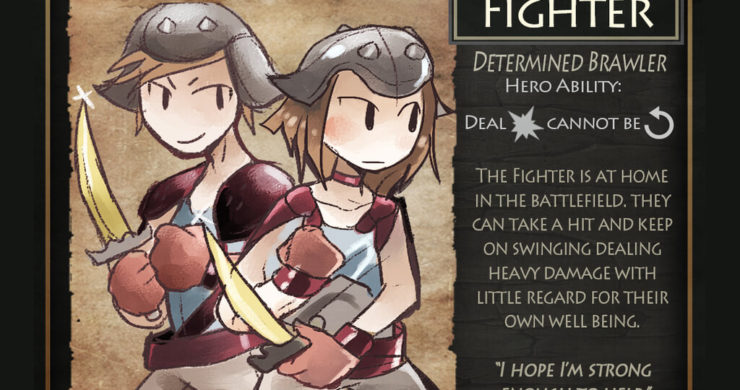 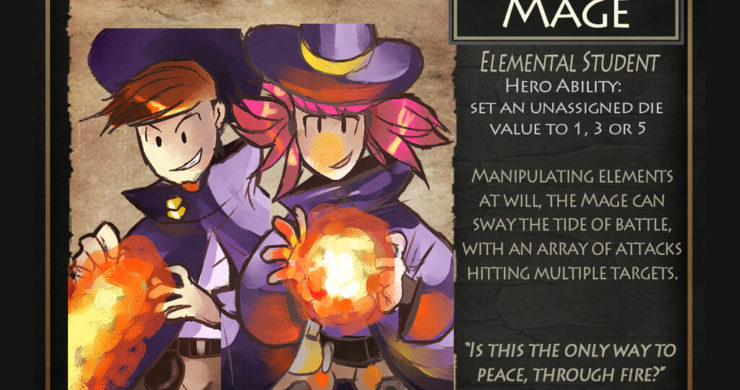 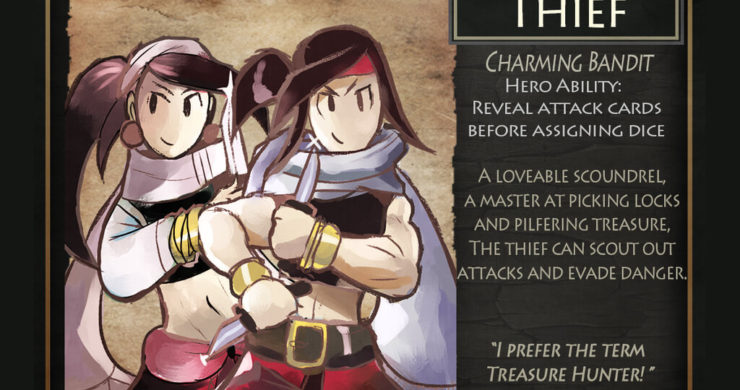 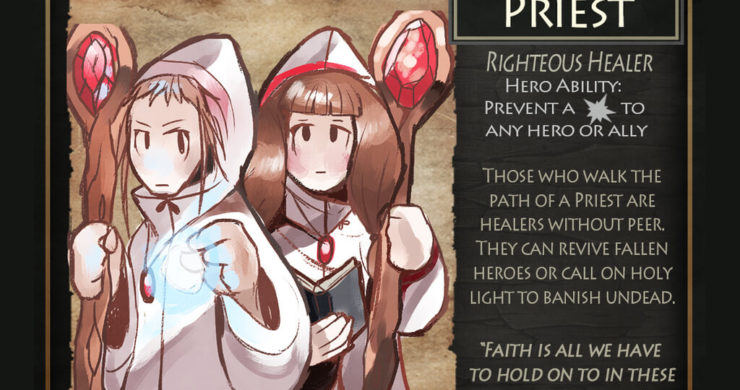