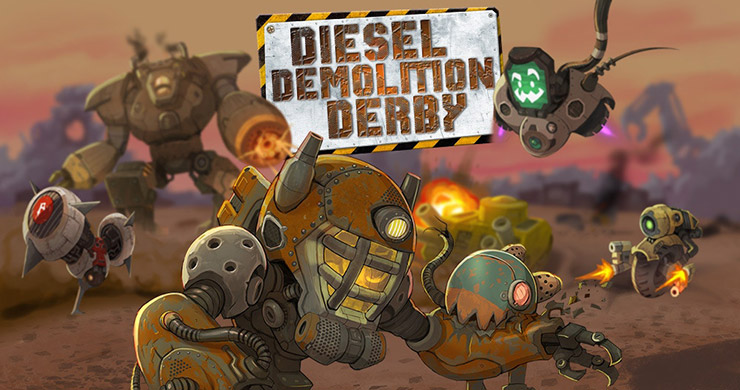 In a world of crisis, an underground fighting league has risen. Engineers and laborers alike are creating diesel-powered fighting machines. Fame, money and power awaits the individual with the best killing machines.

The game is divided into a series of rounds (derbies).  At the end of each round, the player who controls the combatants with the highest combined strength, is the winner of the round. The first player to win 3 (rounds) is the champion.

At the beginning of each round shuffle and deal cards to each player equal to the number of players plus two. A round consists of several turns of card drafting. Each turn, every player simultaneously deploys a Combatant by choosing a card from their hand and placing it face down in front of them. Then, all combatants are turned face up.  First abilities and then special abilities are applied. After the activation of abilities, some or all combatants  are still in play, along with chosen combatants from previous rounds. Finally, each player passes the rest of the cards to the player on their left and so on, until only 1 card remains. This card is discarded and the winner of the round is determined.

Diesel Demolition Derby is on kickstarter and except of the retail version, it also offers a deluxe version of the game with metal tokens. There is also a mini expansion that adds arenas to the game. Arenas change basic rules of combat and end of round effects. The price of the game is very reasonable and the shipping costs are pretty low. If you are into card drafting, check out Diesel Demolition Derby! 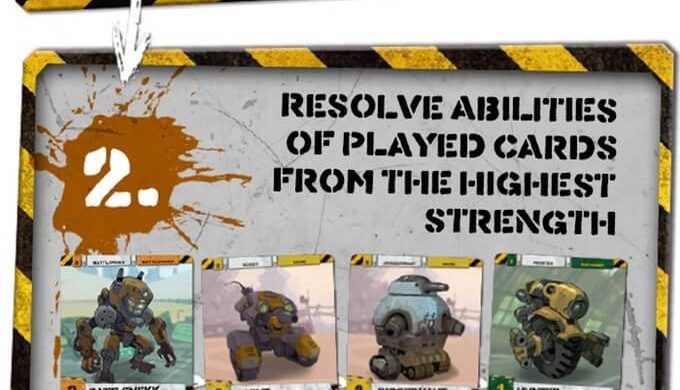