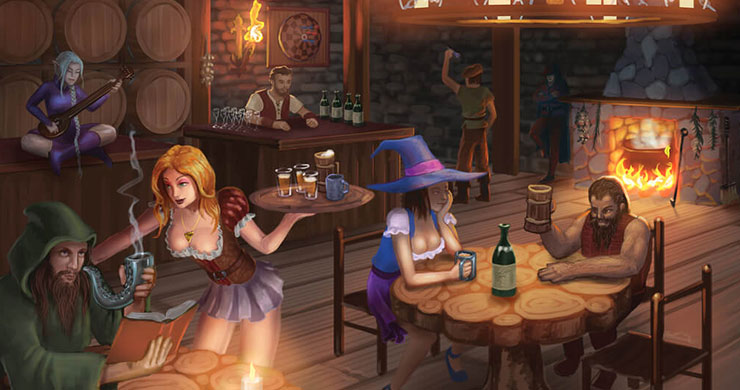 In Tavern Masters, each one of you runs a tavern in a village that is inhabited by thugs, soldiers, mages and nobles. Run the best tavern and earn the most gold!

This is a new tableau-building card game that can be played in multiple ways. You can choose the competitive play, where tavern owners compete against each other in order to buy the village’s coveted Royal Tavern license from the King’s tax collector, the cooperative play, during which tavern owners must protect the village by earning enough gold to pay off a nearby Warlord, so as to prevent him from raiding the village, and finally, there is the solo play, in which the tavern owner must raise enough gold in order to pay off the King’s tax collector in time, before the tavern is closed for good!

The game is played in three phases: Day Phase, Night Phase and Counting the Till. During the Day Phase, players can buy Goods and hire Staff with the gold they have in their hand. During the Night Phase, Patrons come to your Tavern and at the end of the round they are discarded, unless there is something in your Tavern that can keep them there for a longer time. During Counting the Till, players count the Gold they earned for the current round and discard the Patrons that are leaving the Tavern.

One key feature of Tavern Masters is Trading, since players are able to trade goods and staff cards from their hand or their tavern, so a great deal of player interaction takes place. What is more, turns are taken simultaneously during each Phase, thus there is no “player down-time”.

At the end of any Counting the Till phase, if any player has 20 or more Gold, the game ends and the player with the most Gold wins!

Tavern Masters has been up on Kickstarter and has been planned for release in 2017. 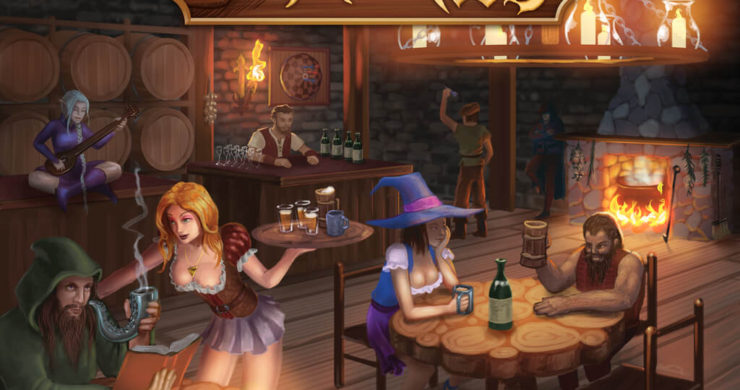 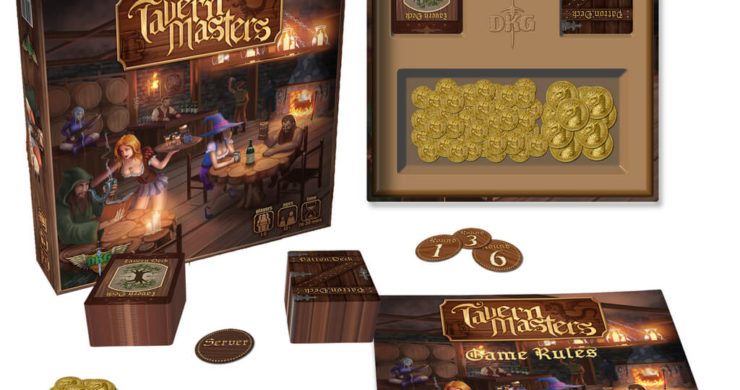 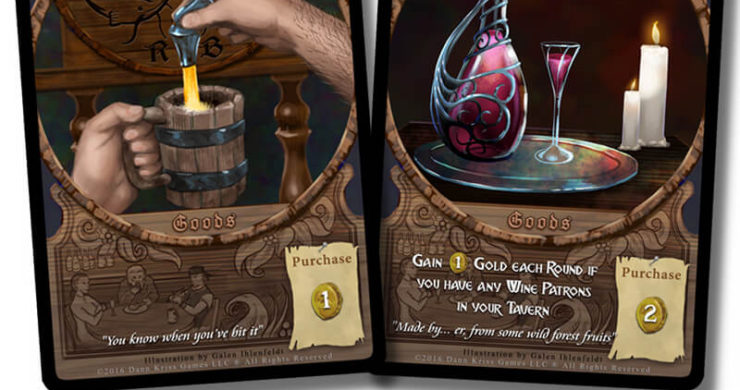 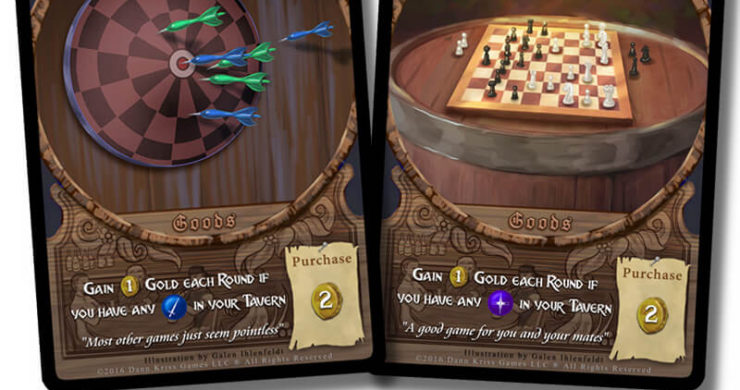 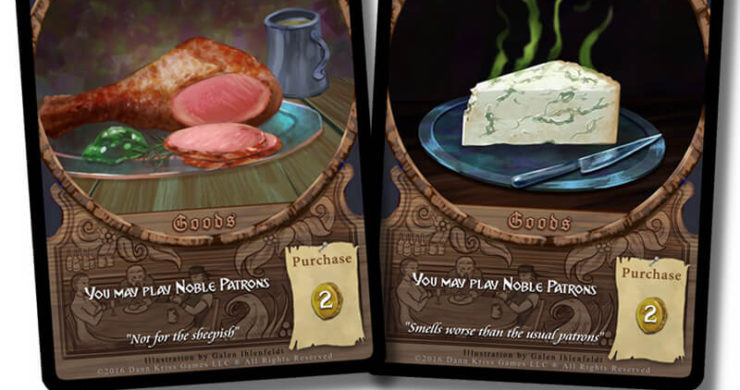 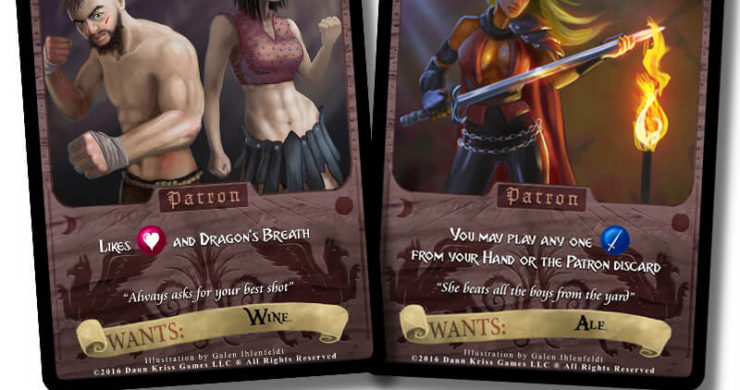