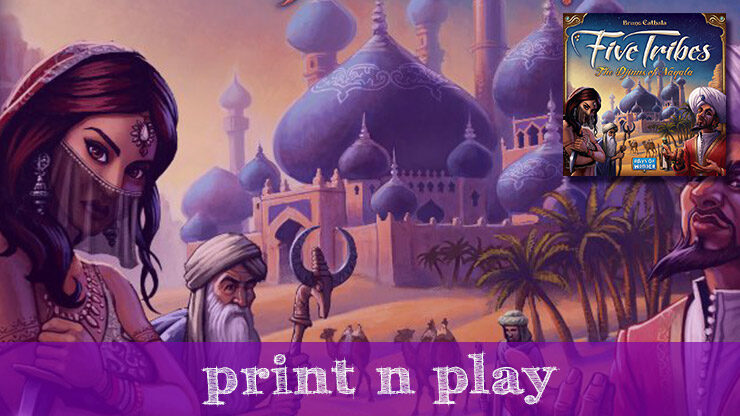 Five Tribes Solo – Print and Play (Requires the base game)

Five Tribes solo – The new Sultan of Naqala, Yazid the First, is as benevolent as he is naive. He cares about the people, distributes wealth to the poor, listens to their complaints… These lands need authority and a strong leader, not some soft-hearted king. By all rights, Naqala should be yours. The time has come for a coup! The path to victory is a difficult one, though: the Sultan is supported by his Council of Viziers, he has Assassins entirely devoted to his cause, and rumor has it that he’s protected by powerful Djinns…

In this solo variant of Five Tribes designed by Bruno Cathala and Thierry Jolit, you will be confronting the Sultan Yazid, a dummy player: Survive the entire game and score a maximum number of Victory Points.