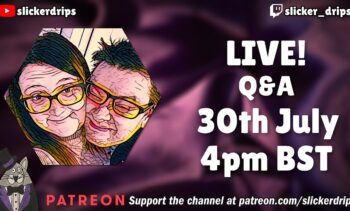 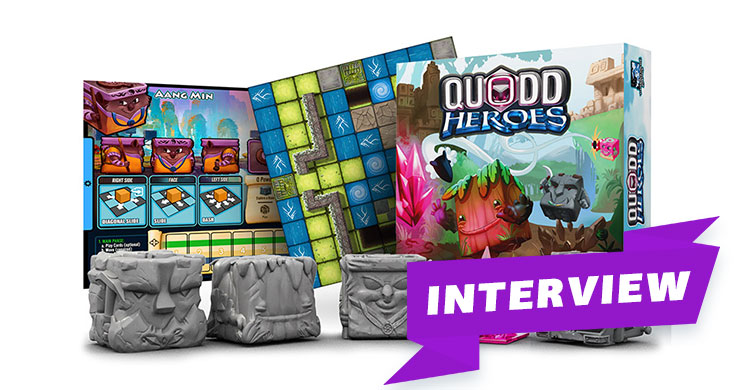 Exclusive Interview With the Creator of Quodd Heroes

Quodd Heroes is a miniature game that has been up on Kickstarter and it features truly unique mechanics and gameplay, as well as gorgeous art. Its creator was kind enough to answer our questions and provide us with insights of the game.

A giveaway of the Deluxe Edition of Quodd Heroes will be running until the end of the Kickstarter Campaign! Don’t miss out!

As your first KS project, what was the biggest challenge that you faced during the creation of this campaign?
The biggest challenge was really trying to figure out how to position the game and approach telling people about it.  From the very beginning, it has been a challenge to explain this game to people, because it really is unlike any other game.  People say that.. in my case its actually true. So once I decided what to focus on, there was all the graphic design animation and just plain hard work to finish what all creators have to go through.  It was fun though and I think the campaign comes across as really well put-together and I’m proud of the result.

Quodd Heroes has a unique theme that drives me back to the classic video games. What was your inspiration for such a theme that melds so well with its mechanics?
The initial inspiration was actually an idea I had for a video game 10 years ago that popped back into my head one day, while I was holding a wooden building cube in my hand.   I thought “what if I made a game where you turn a cube over and it moves in a different way each time you turn it over?”  So, I prototyped it immediately and called my kids downstairs to try it.  Never looked back after that.  The boards in my game have some Robo-Rally influence (although coincidental), but I think perhaps just years playing video games and board Commodore 64 to today.  I’ve always had a fondness for games where you’re building things (incredible machine, Armadillo Run etc.) where it’s a sandbox and you can really do whatever you imagination allows and I think that really shows the modularity of this game.  I think if we fund, there will be a huge amount of user generated content and I plan to facilitate that through the Quodd Heroes website and give people the tools and graphics files to make their own boards and scenarios.

Many people wonder, how long did it take from a concept idea to a full-flesh game?
I think it will be almost exactly 3 years when the campaign ends.

What was the greatest challenge that you faced during the designing and development of the game?
Finding a way to make the primary “tumble” mechanic work in a game.  Initially, it was a pure race game and there was only one way to play, which was being the first player to a particular spot.   After that I tried a bunch of other ideas that were fun, but had other problems.  It wasn’t until about 14 months ago, after Essen in 2015 that I made a commitment to making it work as a “system” that would allow really infinite game types.  The reason behind the shift was so that I could do things like fully co-operative games and make the win condition and objectives anything I wanted really (within the framework of the movement and card rules.)  So it has taken time to adapt everything I created before to that new way of thinking.  The result I think is pretty tight from a core rules perspective.

Which is your favorite element in the game?
Hard to pick, since it all goes hand-in-hand, but I think the way boards change throughout a game through players adding things and game effects.  Picking up and physically rotating a game board is an awesome feeling and seeing how that changes the landscape and how the boards connect never stops being fun for me.

What kind of gamers is this game suitable for?
I think it has really broad appeal age-wise and demographically.  It is definitely not for every gamer.  I would consider it a medium weight game, but it can be adjusted to a simpler play experience for new players.  If you only play heavy euros, Quodd Heroes may not be for you.  Players also have to be able to accept a certain amount of chaos (but not randomness).  If you enjoy video games (almost anything from Nintendo: Super Mario, Mario Kart, Smash Brothers, Etc.) you’ll probably love Quodd Heroes.

Which is your favorite board game, maybe the one that inspired you to start designing?
My current favourite game is one I don’t yet own: Terraforming Mars.  I just love everything about it!  The game that has inspired me most over the years isn’t a board game at all but the old video game M.U.L.E.  Such a great boardgame-like experience that I really recommend everyone try.  It was recently made into a board game that has met with mixed reviews but it was a snap-buy for me last year at Essen.

What else can we expect from “Wonderment Games”?
If this game does well on Kickstarter, you can expect lots of interesting and really innovative games.  There will also definitely be more Quodd Heroes.  The first expansion will be a co-op “dungeon crawl” mixed with puzzle like elements.. “Trine” the video game comes to mind as the closest comparison, but it will be its own animal for sure.  I’m excited to keep working on it.  I’d also like to publish games from other designers eventually.  There are so many interesting ideas out, it would be fun to help make some of those a reality. 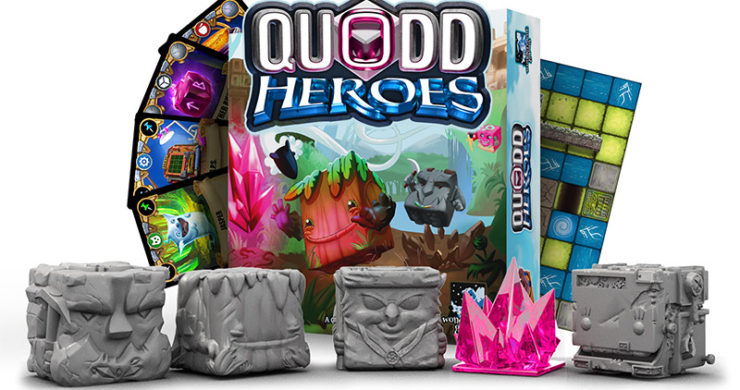 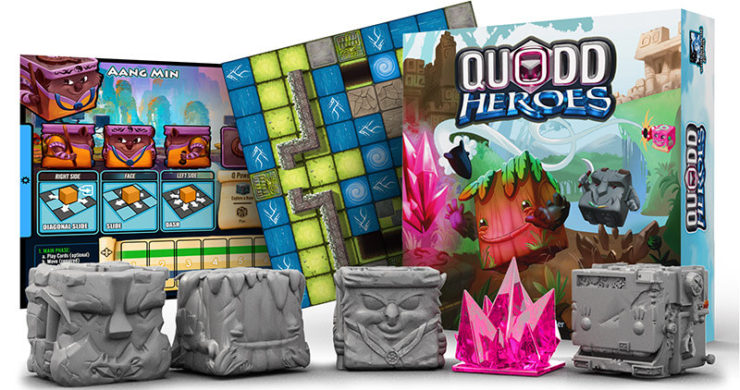 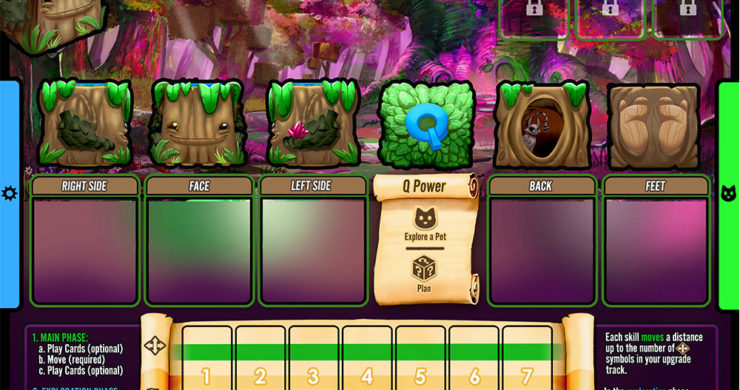 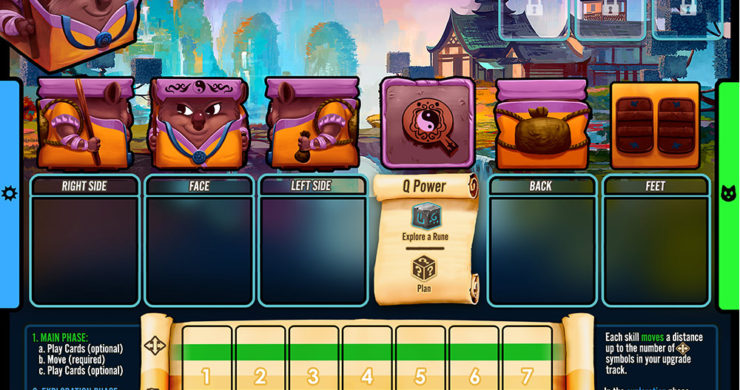 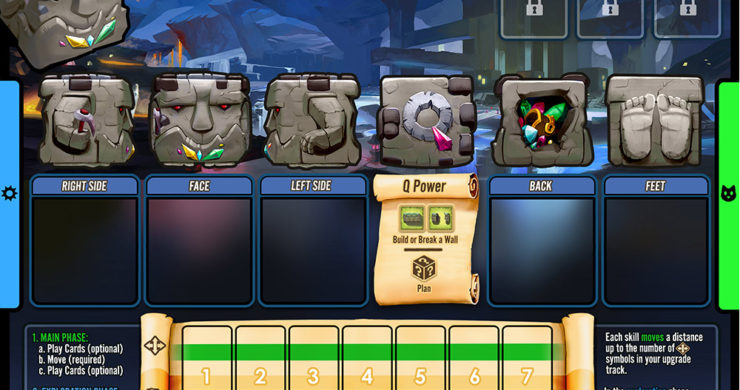 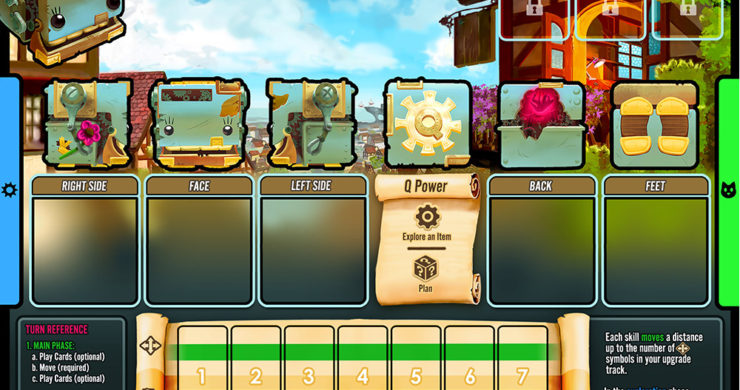 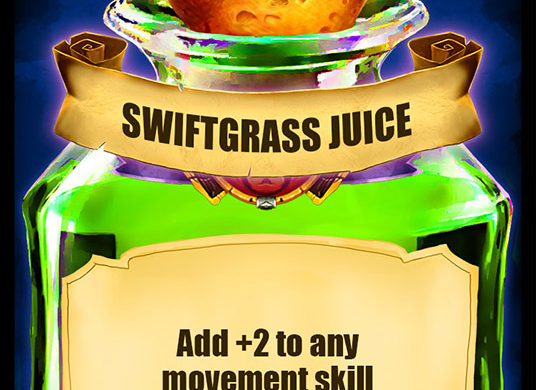 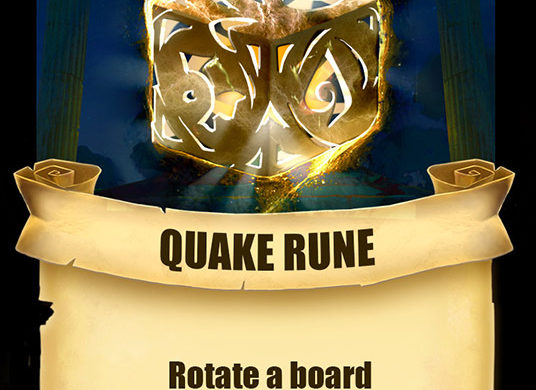 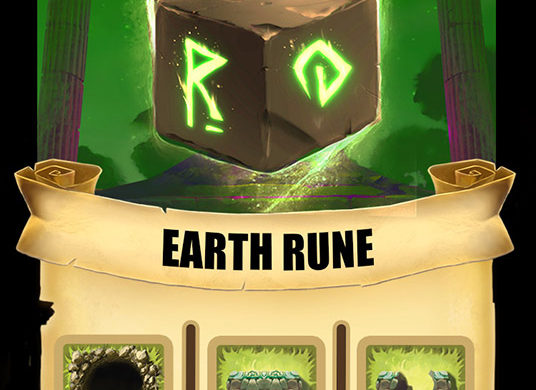 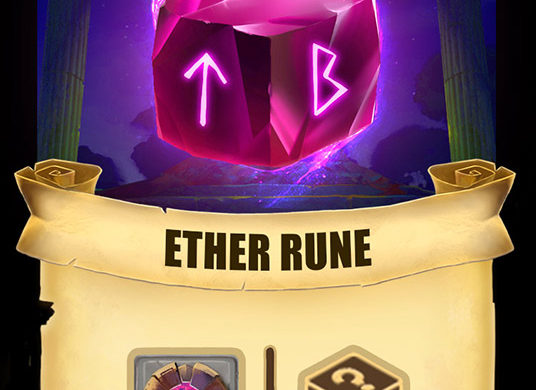 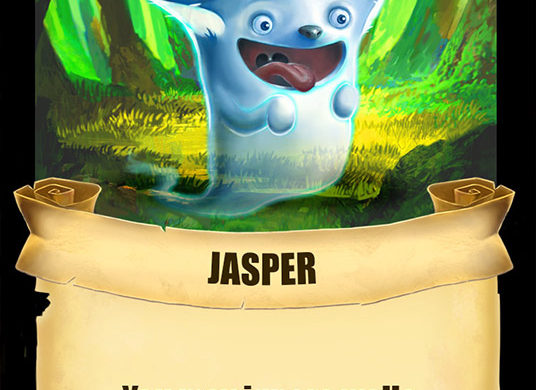 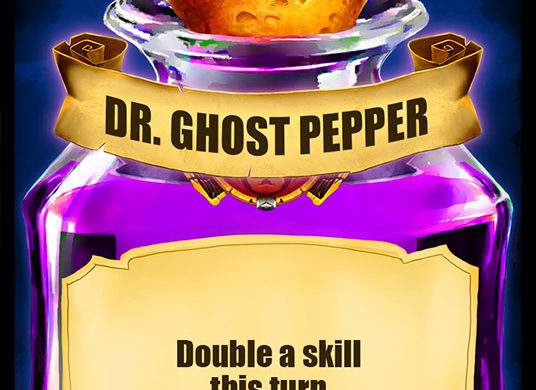 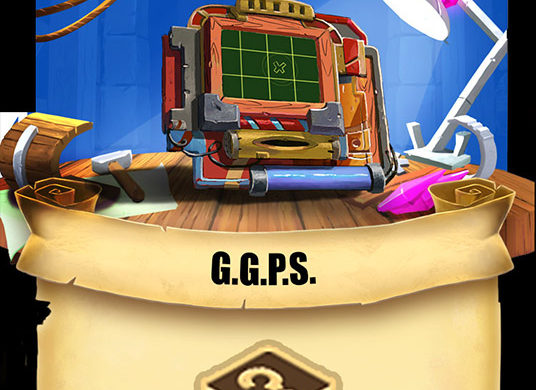 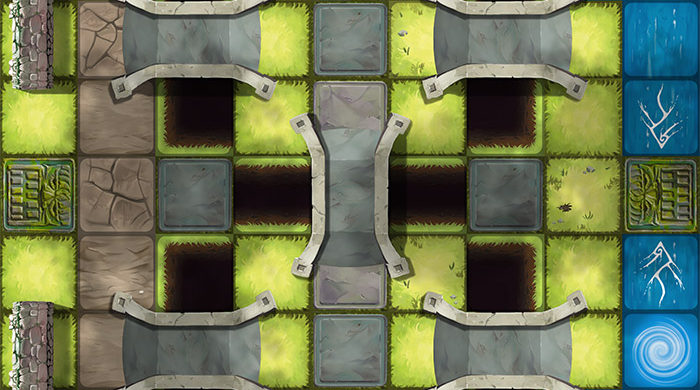 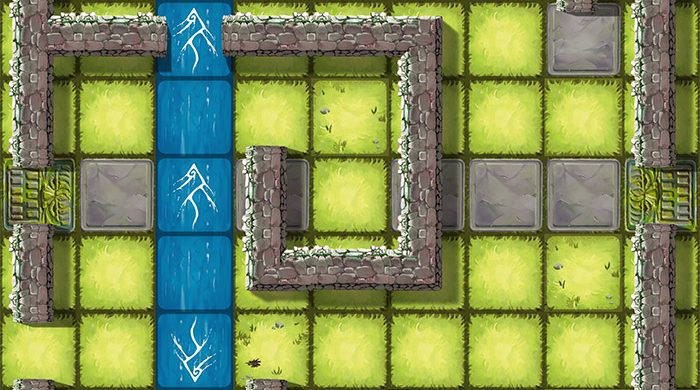 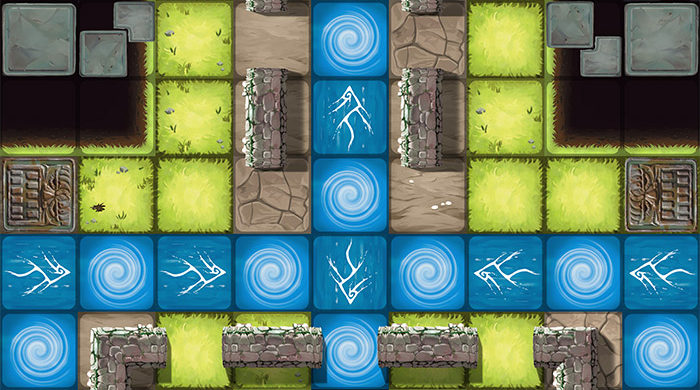 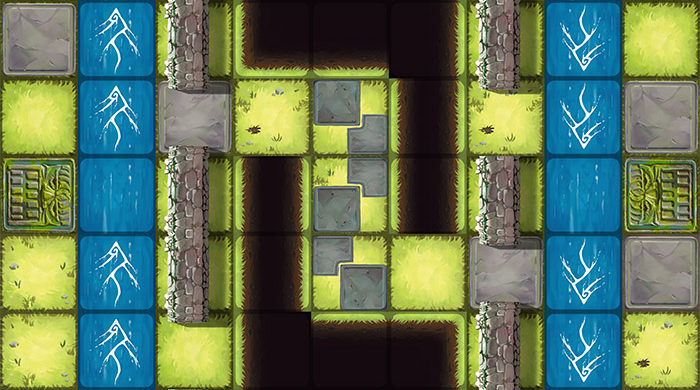 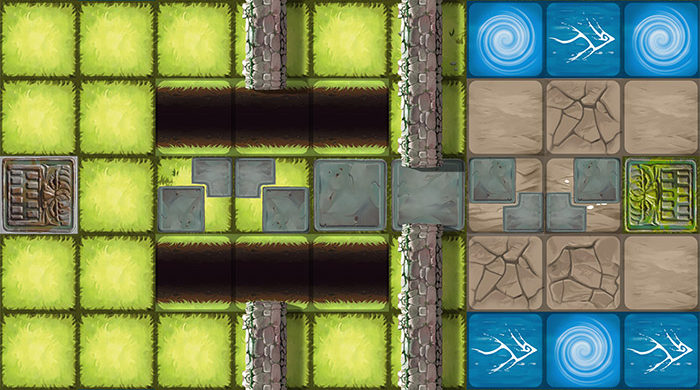 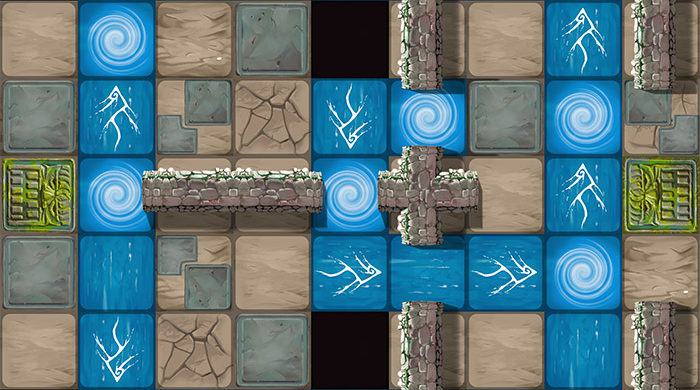