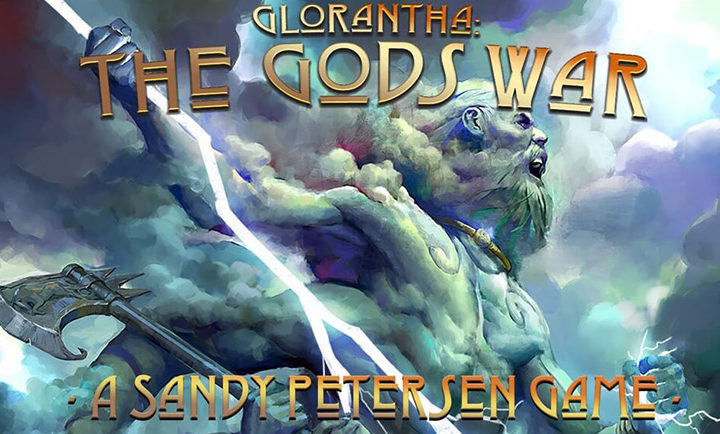 Explore the Universe of Glorantha with The Gods War

The Gods War is based on the mythic cult universe of Glorantha and it is set in a world that is about to collapse.

You take the part of powerful elemental factions, fighting in order to determine the fate of the cosmos. You will fight over territory, perform miracles and command monsters and gods.

Each player has an Empire Sheet, where you find all the things that make your faction unique and where you track your progress during play.

During the Power phase, you will receive a certain amount of Power, which can be spent to build buildings and summon units. Four types of units exist. Most factions have four minions which cost 1 each, a Hero who costs more, three lesser Gods and a Greater God. All units have a cost in Power. You can summon one unit on your turn as an action, but units must be summoned to an area where you already have a building.

Each faction can build a certain number of buildings. The Empire of Sky can build up to six Shrines. Shrines allow you to summon units and may be upgraded to Temples. You can have up to three Temples. These act like Shrines, but give benefits during combats. One Temple can be upgraded to a Ziggurat. As the Empire of Sky, your Ziggurat not only gives a benefit in combat, but building it means you have completed a Heroquest, which allows you to unlock a Gift. For the rest of the game, that Gift is yours to command.

A huge part of the game strategy is which Gift you choose and which Heroquest you are trying to perform at any given time. Some Gifts provide a new action that only you can do. Others give ongoing effects that manifest throughout the game. They are different for every player and make your faction far more efficient.

Glorantha: The Gods War is a competitive game that combines asymmetric strategy with fantastic miniatures and has been designed by Sandy Petersen. It has been running on Kickstarter, where you can back it and it is expected to be available in 2017. 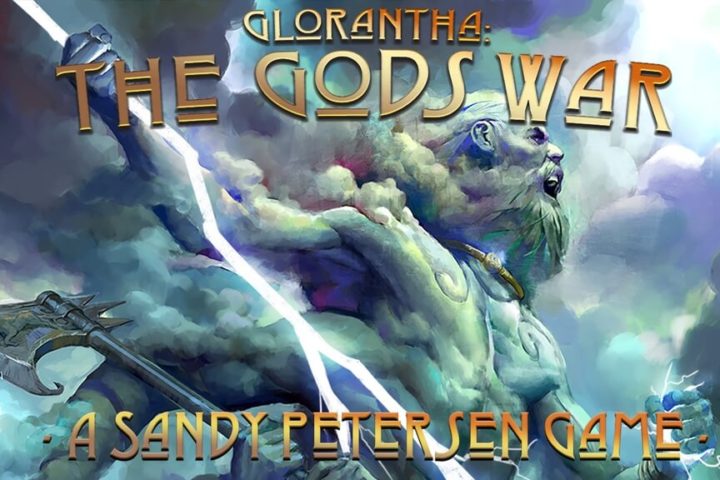 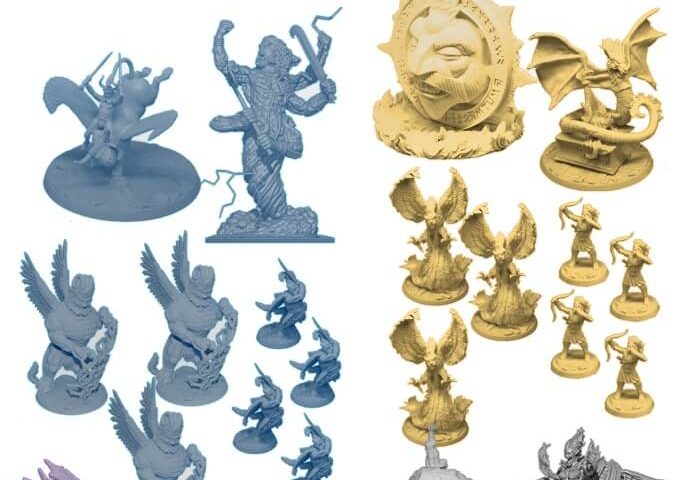