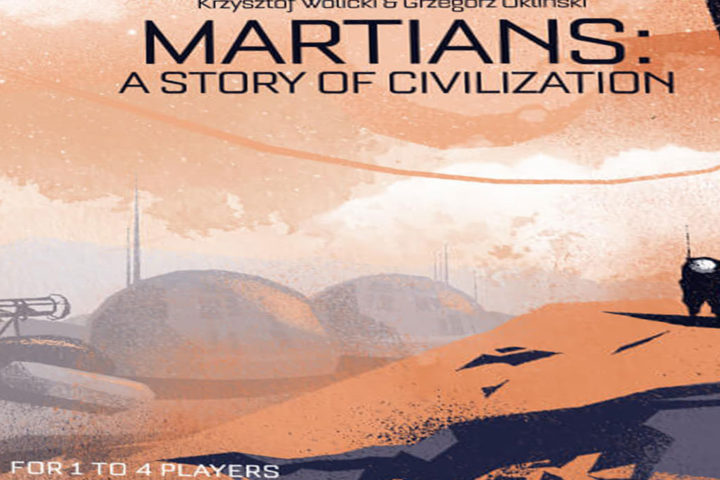 Martians: A Story of Civilization – Explore and Settle on Mars!

The first expedition to Mars, where astronauts fought heroically in order to survive, was accomplished. After that, it was time for people to colonize the planet, an undertaking which was financed by four corporations.

In order to make the stay on Mars as easy as possible, several expeditions should take place on the planet that will be managed by the leaders of the corporations and will aim at finding the necessary resources. Moreover, new constructions should be built and new technologies should be developed, which will be adjusted to the planet’s conditions. This whole effort is not only intended to ensure survival, but also to create the better living standards for the generations to come.

Martians: A Story of Civilization is a cooperative game of space exploration, for 1-4 players, with worker placement and city building mechanisms. The theme of the game may reminds us of Terraforming Mars and Mission: Red Planet (second edition), so it could be said that these three games belong to the same family. It seems to be an interesting game, especially if science fiction and civilization games appeal to you.